Jane Rendall. The Origins of Modern Feminism. Women in Britain, France and the United States, 1780-1860. 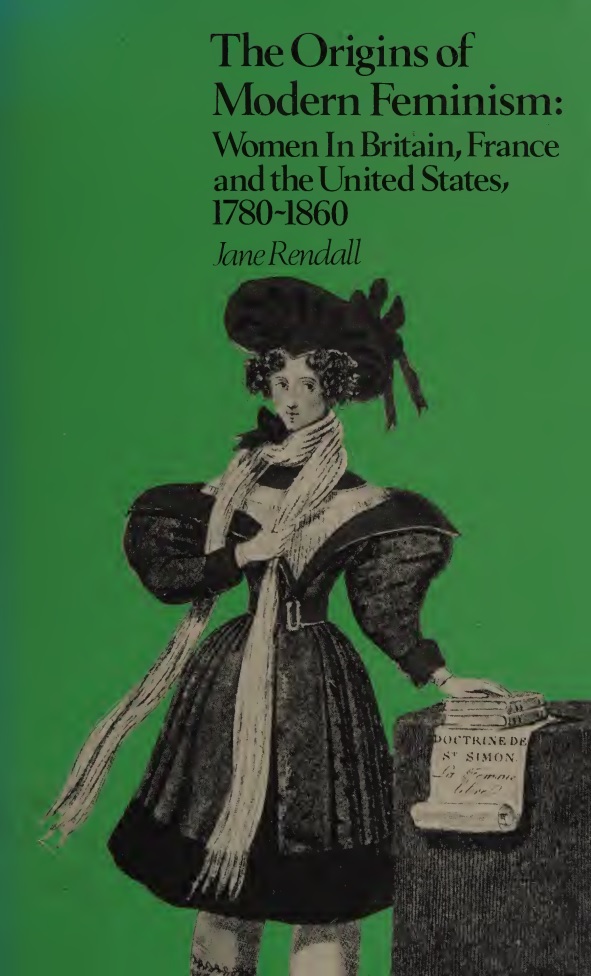 1 – THE ENLIGHTENMENT AND THE NATURE OF WOMEN

3 – EVANGELICALISM AND THE POWER OF WOMEN

Revivalism and the organisation of women

The case for ‘maternal education’

The training of teachers

The education of the majority

Women’s work in the early nineteenth century: changes and continuities

Middle-class domesticity and its boundaries

Challenges to domesticity: individual and collective

7 – POLITICS, PHILANTHROPY AND THE PUBLIC SPHERE

The United States: feminism and the current of reform

Great Britain: feminist politics and the politics of class