John Riddell (ed.) To See the Dawn. Baku, 1920: First Congress of the Peoples of the East. 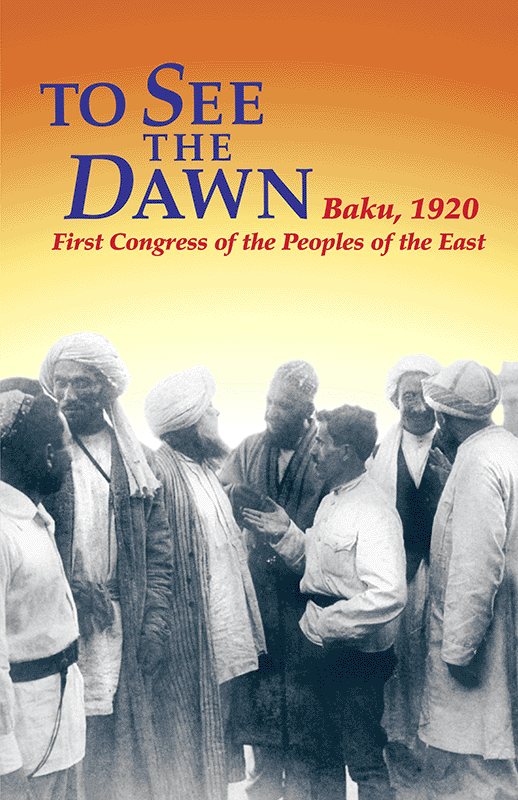 Call to the Baku congress

Session 1. Tasks of the Congress of the Peoples of the East

Session 7. Council for Propaganda and Action; women of the East; concluding remarks

Manifestó to the peoples of the East

Appeal to the workers of Europe, America, and Japan

Composition of the congress

1 – Declaration of Soviet government on rights of peoples of Russia

2 – Appeal to all toiling Muslims of Russia and the East

4 – Theses on the national and colonial questions

6 – Workers of Armenia have cemented an Alliance with toiling Azerbaijan

7 – Zionism: an exchange of views at the Baku congress