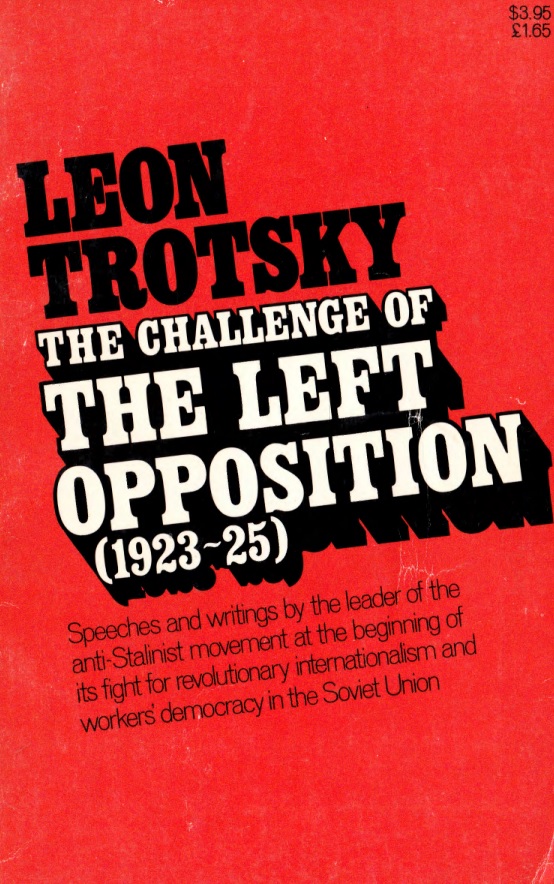 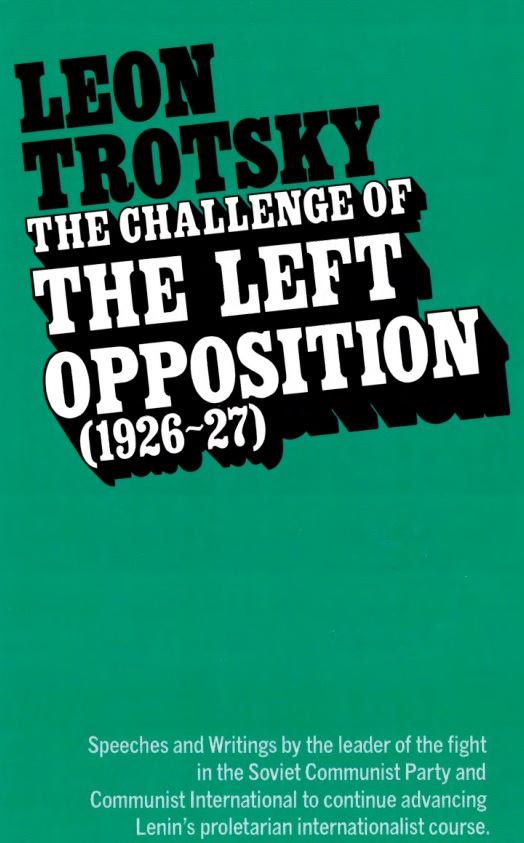 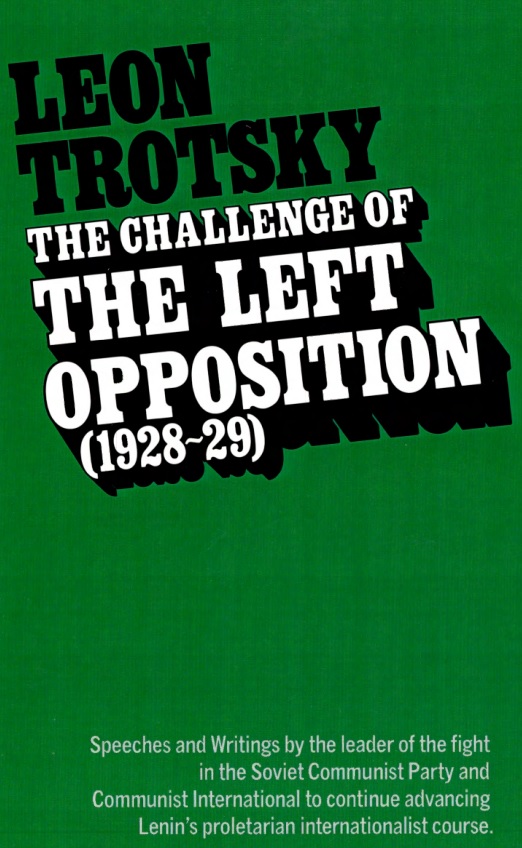 Note About the Author

First Letter to the Central Committee

Second Letter to the Central Committee

Appendix 1: The New Course (A Letter to Party Meetings)

Appendix 2: Functionarism in the Army and Elsewhere

Speech to the Thirteenth Party Congress

On the Defeat of the German Revolution

The Lessons of October

Letter to the Plenum of the Central Committee

Toward Capitalism or Socialism?

A Split in the Triumvirate

Appendix A: The Platform of the Forty-six

Appendix B: The New Course Resolution

Declaration of the Thirteen

For equalization of wages

Excerpts, The elections to the soviets

Questions and answers about the Opposition

In defense of the Opposition bloc

Party unity and the danger of split

Statement of the Opposition

Speech to the Fifteenth Conference

Theses on revolution and counterrevolution

Speech to the Seventh (enlarged) Plenum of the ECCI

Problems of the Comintern

For an objective assessment

National aspects of politics in Kazakhstan

Excerpts, Letter on the German ‘lefts’

Stalin, the peasant, and the gramophone

Declaration of the Eighty-four

To a member of the ‘buffer group’

The Opposition’s ‘insurrectionism’: A statement on Molotov’s speech

Speech to the joint plenum of the CC and the CCC

Statement of the Thirteen

Letter on the tactics of the Opposition

Platform of the Opposition: The party crisis and how to overcome it

The Clemenceau thesis and the party regime

Excerpts, Speech to the presidium of the ECCI

The Opposition and the Wrangel officer

Excerpts, Recognition of the tsarist debts

The fear of our platform

How they corrupt the Communist League of Youth

Our tone in the discussion

Excerpts, Countertheses of the Opposition on the five-year plan

Summing up the tenth anniversary events

For an inquiry into the attacks on Oppositionists

In memory of A.A. Joffe

The Opposition ‘statement’ and the situation in the party

The statement of the 121

Two statements to the Fifteenth Congress

At a new stage

Appeal of the deportees

To a few exiled friends

A pair of Sancho Panzas

The relation of criticism to support

The general outline of my work

The Opposition’s errors-real and alleged

The methods of leadership

Declaration to the Sixth Comintern Congress

What to expect from the Sixth Congress

The July Plenum and the right danger

The conflicts are still ahead

The law of zigzags remains in force

Who is leading the Comintern today?

Remarks after the Sixth Congress

Max Eastman: A friend of the October Revolution

A heart-to-heart talk with a well-meaning party member

The Sixth Congress and the Opposition’s tasks

No political concessions to conciliationist moods

The danger of Bonapartism and the Opposition’s role

How to criticize the centrists

An ultraleft caricature of Stalin

Our differences with the Democratic Centralists

Crisis in the right-center bloc

On the topics of the day

Too conciliatory a line?

Marxism and the relation between proletarian and peasant revolution

Reply to an ultimatum

Message on arriving in Constantinople

Appendix B: Philosophical tendencies of bureaucratism