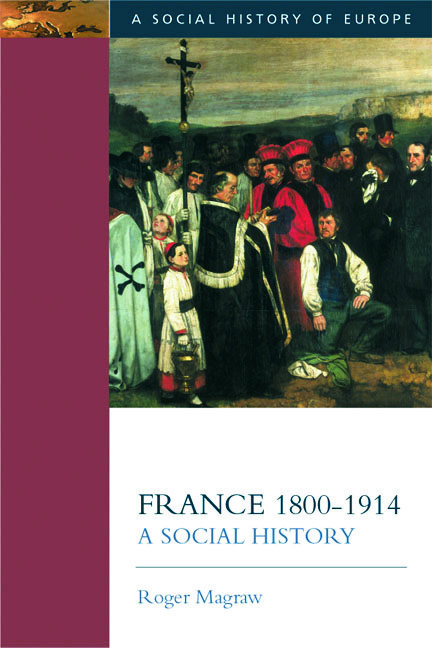 The survival of aristocratic power?

The France of the bourgeoisie

2 – The making of the French working-class

Writing the social history of the French working-class

The making of the working class

The peasantry and the French Revolution

Peasants and the bourgeois Republic

The ‘feminisation’ of Catholicism?

The forces of opposition

5 – Education and the uses of literacy

Moral panics–myths and perceptions of crime

7 – The medicalisation of nineteenth-century France

The ‘heroic’ rise of the medical profession

8 – The birth of a consumer society?

France and the consumer revolution

Writing the history of (French) women

Domesticity and its discontents

Women, work and the family

A gender crisis? Male anxieties, misogyny and antifeminism in the fin-de-siècle

Postscript: from ‘discourse’ to representation and ‘social reality’?