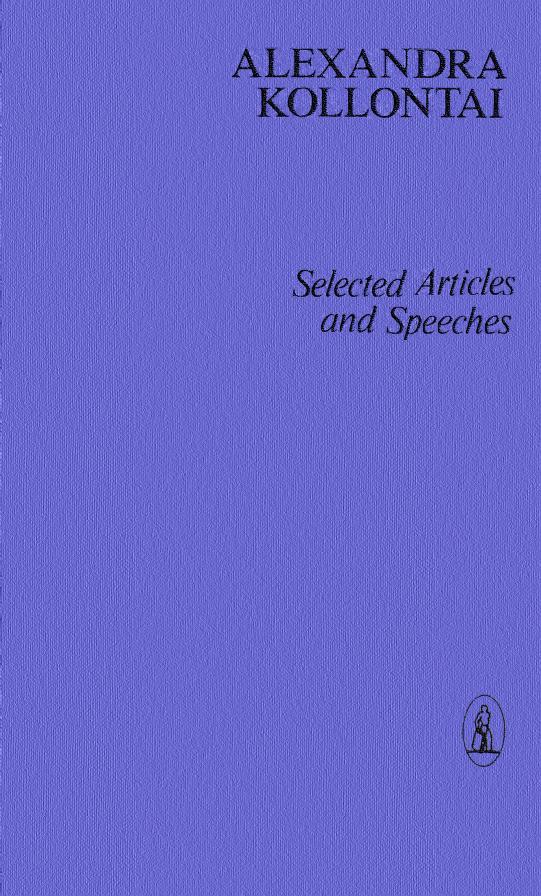 I. Dazhina. An Impassioned Opponent of War and Champion of Peace and Female Emancipation

Introduction to the Book The Social Basis of the Women’s Question, 1908

The International Proletariat and War. From a speech delivered in Stockholm on 1 May, 1912

The War and Our Immediate Tasks [November 1914]

Why Was the German Proletariat Silent in the July Days? [September 1915]

Preface to the Book Society and Motherhood [1915]

Our Memorial to the Fighters for Freedom [March 1917]

Women Fighters in the Days of the Great October Revolution [1917]

Lenin Thought of Both Great and Small [January 1946]

Why the Bolsheviks Must Win [December 1917]

V. I. Lenin and the First Congress of Women Workers [November, 1918]

The First Steps Towards the Protection of Motherhood [1917-1918]

The Woman Worker and Peasant in Soviet Russia [1921]

What Has the October Revolution Done for Women in the West? [October 1927]

Some Important Dates and Events in the Life of Alexandra Kollontai