August Brass. On the Barricades of Berlin. 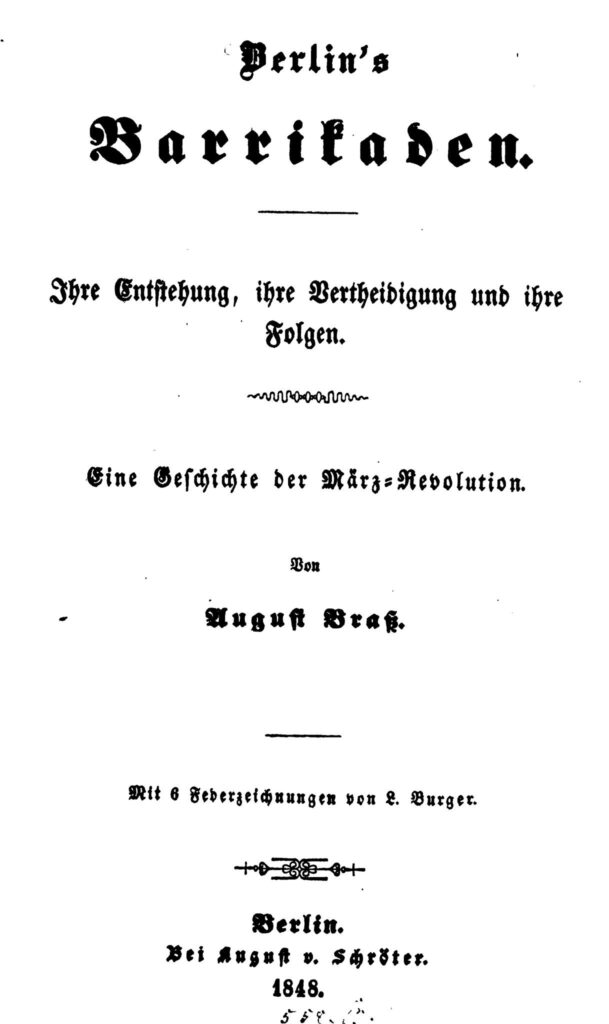 Interlude: A Personal Moment of Memory and Emotion

Part VI: Night, March 18-19: The Third Phase of the Fighting

The March Revolution: A Botched Revolution? by Andreas Weiland