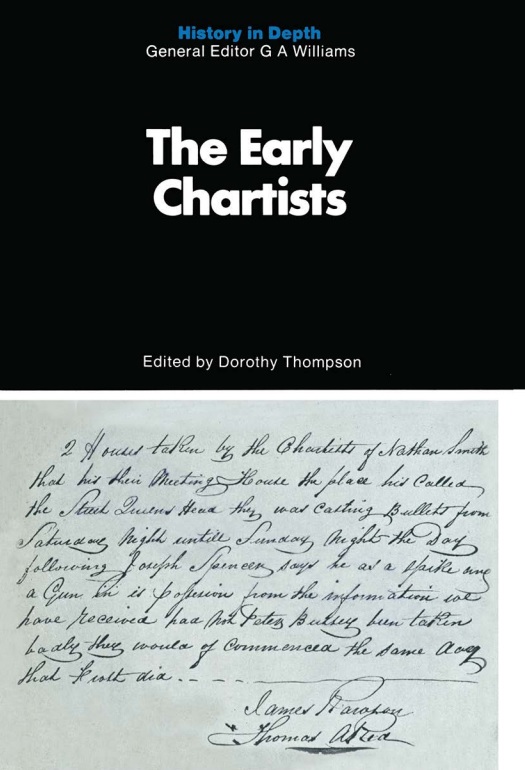 Origins, Motives and Components of Chartism

1 – Richard Oastler on the Origins of Chartism

2 – Address and Rules of the Working Men’s Association: Brochure to Members issued June 1836

4 – Bronterre O’Brien’s Account of the Radical Meeting at the Crown and Anchor, 28 February 1837

5 – Petition Adopted at the Crown and Anchor Meeting

7 – Appeal to the Trade Societies of Bolton from the Bolton Working Men’s Association, 29 July 1839

8 – Address to the People of Bury by Matthew Fletcher

9 – The Autobiography of One of the Chartist Rebels of 1848

10 – The Question ‘What is a Chartist?’ Answered

11 – The Just Claims of the Working Classes

14 – To the Middle Classes of the North of England

18 – The General Convention of the Industrious Classes

20 – The Sacred Month: Two Articles against the Strike

23 – Report of Meeting to pray for Imprisoned Chartists

24 – Extract from ‘The Chartist Outbreak in Llanidloes’ by Edward Hamer

26 – ‘A Night with the Chartists’ by Barnabas Brough

28 – Bath: Report of the Hearing before the Magistrates of the Case against the Bath Chartists Arrested for Sedition

29 – Sheffield: Depositions of Two of the Chartists Arrested after the Attempted Rising

30 – Bradford: Evidence Relating to the Attempted Rising in Bradford

31 – Aims and Rules of the National Charter Association

Index of persons, places, and periodicals